Democrat Bobby Scott on Trump administration: “You can disagree without being disagreeable” 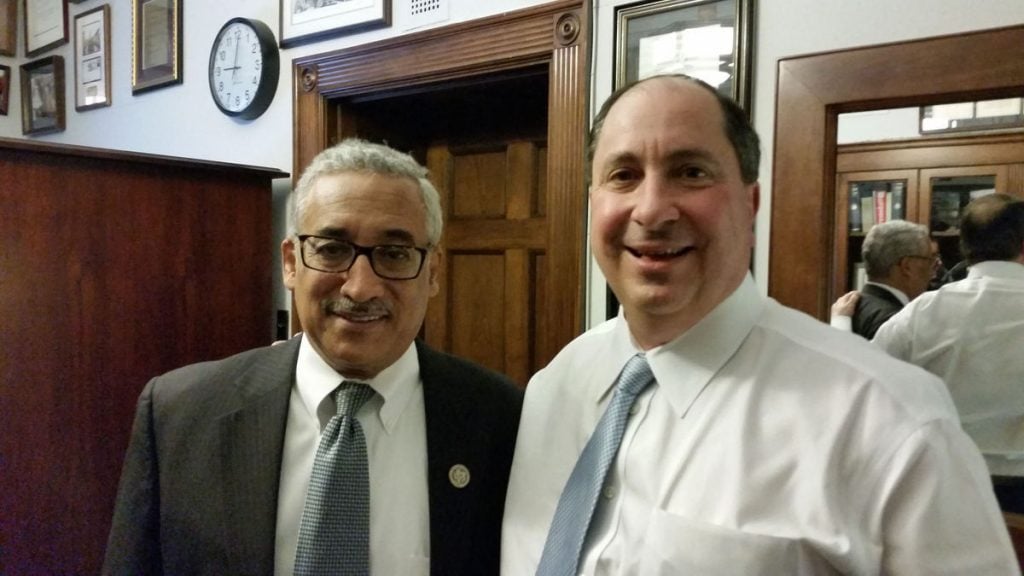 Scott, a Newport News Democrat who strongly opposes the new president’s agenda, said those on both sides of the political fence who are either happy or sad today still need to find a way to talk to each other and remember they are all Americans.

“You can disagree without being disagreeable,” Scott said just before he and Fredericks left his congressional office to take their seats outside the Capitol. “If you can build relationships, it helps you work things out later.”

“We’re here to witness the peaceful transition of power,” Scott said. “It is what makes this nation great.”

Fredericks, a Chesapeake resident and host of a local radio talk show, praised the legislator as a “statesman.”

“I’m very honored to be his special guest. … It means a lot,” he said.

Fredericks said the Trump staff only offered him distant seats to the swearing-in because he failed to deliver Virginia for the new president. Democratic candidate Hillary Clinton carried the state, besting Trump by more than 220,000 votes in November.

“Trump’s people gave me everything I asked for,” Fredericks said. “I was treated very well by the Trump campaign. But I didn’t win the state so I am at the back of the line.”

By Bill Bartel, The Virginian-Pilot

Governor Gilmore In the House