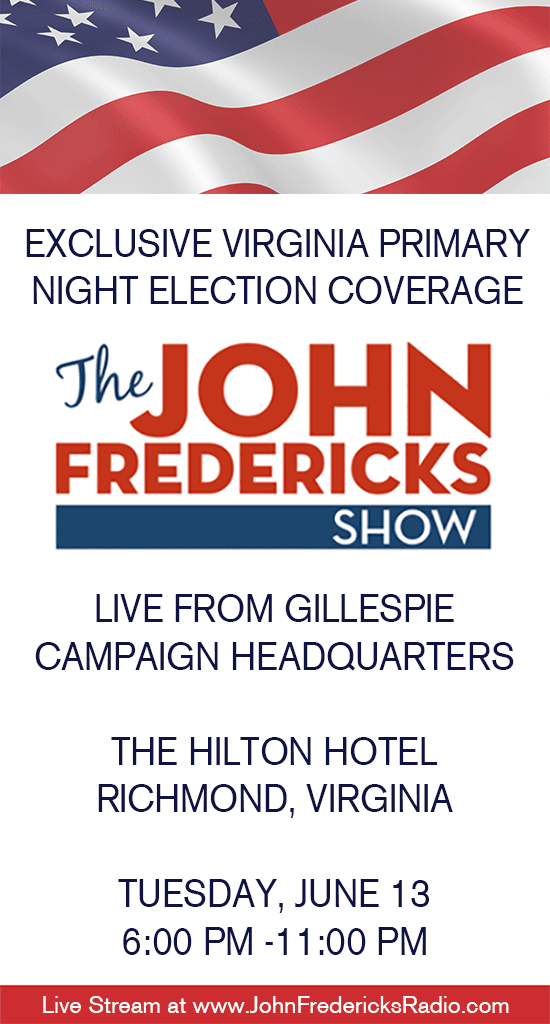 Be A Part of the Action!

The Fastest Results,
The Best Analysis,
The Biggest Names –
Exclusively on the
John Fredericks Show
and Radio Network

At the Anchor Desk:

LIVE BROADCAST ON THE JOHN FREDERICKS RADIO NETWORK
ACROSS THE COMMONWEALTH

Virginia voters will go to the polls on Tuesday, June 13th to choose their nominees for Governor, Lt. Governor, and various local races.

The John Fredericks Show….will be right in the thick of it…

The Fastest Results – The Most In-Depth Analysis Anywhere

Who will emerge victorious? Find out before anyone else!

Catch all the action live with our wall-to-wall anchored coverage. We’ll have up to the minute results, live updates from the major candidates’ campaign headquarters throughout the state, and a who’s who of state and national politicos commenting on all the action in real time with our legendary expert analysis. Reach the many thousands of Virginia’s movers and shakers who will be tuned in!