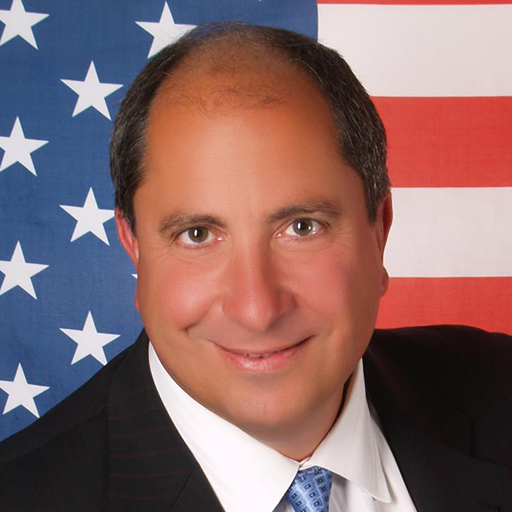 John Fredericks served as Virginia Chairman of the Trump for President campaign in 2016 and is currently an Advisory Board member of Trump/Pence 2020. A senior media executive with over 40 years experience, Fredericks has served as a major market newspaper publisher, advertising director, editor, editorial page editor, TV host, syndicated radio host, commentator and newspaper columnist. He has covered national news events that include government, business, economics, and politics.

Fredericks was the first media personality in America to endorse Donald J. Trump for President in June 2015 and correctly predict both his nomination and his general election victory. He was elected National Delegate to the 2016 Republican convention from Virginia’s 4th Congressional District.

John Fredericks is known for combining tough reporting with in-depth news analysis. Leveraging his extensive contacts, sterling reputation and experience, Fredericks brings the biggest names and most informed experts to his show to give listeners the information they need to make decisions about the issues facing America.

On the John Fredericks Radio Network, Fredericks serves as an honest broker of the truth, working to present all sides of every issue in a civil and respectful environment. His election predictions have proved uncannily accurate nationally and his pre-election morning line odds and forecasts have become “must listen” radio for American politicos.

John Fredericks believes there is a hunger among the populace for a forum where issues can be discussed intelligently and respectfully and firmly believes that Americans are eager to work together to find common ground among our diversity and differences. Based in Washington, D.C. the show exists to give nationwide constituents access to information they need to begin the dialogue that can ultimately lead to working together, getting results and improving America!

Why Listen to the John Fredericks Radio Network?

On The John Fredericks Radio Network, Fredericks serves as an honest broker of the truth, working to present all sides of every issue in a civil and respectful environment. While an unabashed Trump supporter and a longtime American political populist, the host continually attracts big-name guests representing all sides of the political spectrum. His show is caller-driven, fast-paced and focuses on the top news stories of the day. With uncompromising coverage and cutting-edge analysis, Fredericks is either making news or breaking news.

About the John Fredericks Radio Network

The John Fredericks Radio Network is the most unique political news-talk show focused on the most important issues that impact the daily lives of everyday Americans and America comes to talk here on the truth line! We’re #TRUCKINGTHETRUTH live weekday mornings from 6-10 AM and 24/7 stream all across the nation…and we’re either making news or breaking news!

Call into the show at 888-480-JOHN (5646), Tweet John at @JFRadioShow, hashtag your political truth with #TRUCKINGTHETRUTH. Join the conversation now!